A dear friend sent this to me, and I loved it so much I just had to post it!
***

As I've aged, I've become kinder to myself, and less critical of myself.
I've become my own friend.
I have seen too many dear friends leave this world, too soon; before they understood the great freedom that comes with aging.

Whose business is it, if I choose to read, or play, on the computer, until 4 AM, or sleep until noon? I will dance with myself to those wonderful tunes of the 60 &70's, and if I, at the same time, wish to weep over a lost love, I will.

I will walk the beach, in a swim suit that is stretched over a bulging body, and will dive into the waves, with abandon, if I choose to, despite the pitying glances from the jet set.
They, too, will get old.
I know I am sometimes forgetful. But there again, some of life is just as well forgotten. And, I eventually remember the important things.

Sure, over the years, my heart has been broken. How can your heart not break, when you lose a loved one, or when a child suffers, or even when somebody's beloved pet gets hit by a car? But, broken hearts are what give us strength, and understanding, and compassion. A heart never broken, is pristine, and sterile, and will never know the joy of being imperfect.
I am so blessed to have lived long enough to have my hair turning gray, and to have my youthful laughs be forever etched into deep grooves on my face. So many have never laughed, and so many have died before their hair could turn silver.

As you get older, it is easier to be positive. You care less about what other people think. I don't question myself anymore. I've even earned the right to be wrong.
So, to answer your question, I like being old. It has set me free. I like the person I have become. I am not going to live forever, but while I am still here, I will not waste time lamenting what could have been, or worrying about what will be. And I shall eat dessert every single day (if I feel like it). 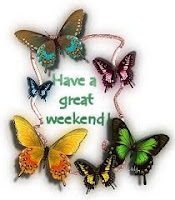 Posted by Chicki Brown at 8:59 AM No comments:

Today I'm sharing another excerpt from my story, You Make Me Feel Brand New, that's part of the WG2E anthology. The first excerpt is below on Sunday, February 19th.

This has been a busy month! In addition to being my birthday month, I am doing interviews/features in several places:

Romancing the Book - this feature posted on March 8 - http://bit.ly/yEsLvj

My critsister, Zee Monodee inspired me to write this entry. Today she talks about the progress she is (or isn't) making on her current project.

On January 27th, I posted about beginning a new work in progress. I was so excited and couldn't wait to get started. But something happened on the way to "Once upon a time" ...

Family obligations have created a major distraction. I won't go into detail here, because I don't want to sound as if I'm placing blame. Stuff happens. We all know that. Yet, how does an author prevent the stuff from screwing with their creativity?

On President's Day, I finally bought a laptop. For the past few years, other than my desktop PC, my writing has been done on an AlphaSmart word processor, which is wonderful for text input.

Unfortunately, I spend as much time or more in the editing/revision phase as I do when actually writing. You can't edit on an AlphaSmart. That meant, in the past, when I had to edit my manuscripts, I was chained to my PC. Buying the laptop has eliminated this issue, only the lovely laptop has Windows 7 and Word 2010. My PC has Vista and Word 2003, and the adjustment has been aggravating, to say the least. I've spent more time trying to figure out the simple things I could do automatically in the old version of Word.  Another distraction.

All that being said, I'm only three chapters into Ain't Too Proud to Beg. Disappointing progress for more than a month's worth of work. At least my outline is expanding as ideas come to me about what's going to happen to Vaughn and Trenyce, and I've found some more pictures of Vaughn (Darren Sharper) that express his personality perfectly.

This is how I envision Trenyce and her daughter, Nala. I chose Beverly Bond, the founder of Black Girls Rock

and this little punkin. Look at that face. It's enough to melt the hardest heart.

Well, it's a gray, rainy day here in Atlanta, and I've already gone through the 106 messages in my inbox this morning, checked my Facebook messages, and have chosen to skip Twitter completely. Maybe I'll get Chapter Three finished today ... 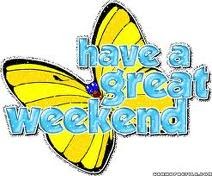 Today I am pleased and proud to introduce you to my friend and former writer's group member, Jacqueline Holness.

Jackie and I have known each other for almost ten years, and I'm so excited to bring you her debut release. I'll let her tell you about it.

After the Altar Call: The Sisters’ Guide to Developing a Personal Relationship With God, which has been ranked as an Amazon Best Seller, is a fresh, real and relevant how-to manual for black Christian women who desire to move past the “church speak” and into an intimate relationship with their Creator. What makes this book unique from other “relationship with God” books is that this book is written from a black perspective and spans a variety of issues typically not included in one book – from being thrice-married to leaving the Jehovah’s Witnesses.

The book is comprised of interviews with 24 remarkable women with compelling stories such the “The View” co-host Sherri Shepherd, Valorie Burton, life coach, author and co-host on the Emmy award- winning show “Aspiring Women” and the former co-host of the national daily television program, “The Potter’s Touch” with Bishop T.D. Jakes; and Bishop Vashti Murphy McKenzie, the 117th elected and consecrated bishop of the African Methodist Episcopal Church and the first woman elected to Episcopal office in over 200 years of A.M.E. history.

I have also interviewed many notable Christian fiction authors such as Dwan Abrams, who also founded Nevaeh Publishing LLC; Tiffany Warren, who also started the Faith & Fiction Retreat; and LaTonya Mason Summers, who is also a licensed, professional counselor and the founding executive director of LifeSkills Counseling & Consulting.

Bio - Jacqueline J. Holness is a seasoned journalist with 15 years of professional experience writing and working for an assortment of newspapers, magazines, websites and other publications. Currently, she is a correspondent for Courthouse News Service, an online, national news service for attorneys. She is responsible for writing about new litigation filed in the United States District Court for the Northern District of Georgia as well as four metro Atlanta court systems. Prior to working for Courthouse News Service, Jacqueline worked primarily as an education reporter for the News Daily newspaper covering the Clayton County Public School System, the fifth largest school system in Georgia. Aside from covering the education beat, she frequently wrote in-depth feature pieces and columns in which she explored her faith and other issues. She also worked as a reporter for the Clayton Neighbor newspaper where she covered several beats including education and county and city governments.

Through her business, Selah Communications, Jacqueline has also written for several publications, websites and organizations. Her articles have appeared in UPSCALE magazine, the Atlanta Business Chronicle newspaper, Atlanta Tribune: The Magazine and Atlanta Home Improvement magazine. Her work has also appeared on Citysearch.com and the New Georgia Encyclopedia website. In addition, she has written for the Atlanta Convention & Visitors Bureau. After the Altar Call: The Sisters’ Guide to Developing a Personal Relationship With God, published by Nevaeh Publishing, is her first book

﻿
In honor of Dr. Seuss's birthday, I thought I would just post some of his quotes.


"A person's a person, no matter how small."

"Be who you are and say what you feel, because those who mind don't matter and those who matter don't mind."

"Don't cry because it's over. Smile because it happened."

"From there to here, and here to there, funny things are everywhere."

"I like nonsense, it wakes up the brain cells. Fantasy is a necessary ingredient in living, it's a way of looking at life through the wrong end of a telescope. Which is what I do, and that enables you to laugh at life's realities."

"I meant what I said and I said what I meant."

"I start drawing, and eventually the characters involve themselves in a situation. Then in the end, I go back and try to cut out most of the preachments."

Happy birthday, Theodor Seuss Geisel, one of my earliest favorite authors!
Posted by Chicki Brown at 10:32 AM No comments: 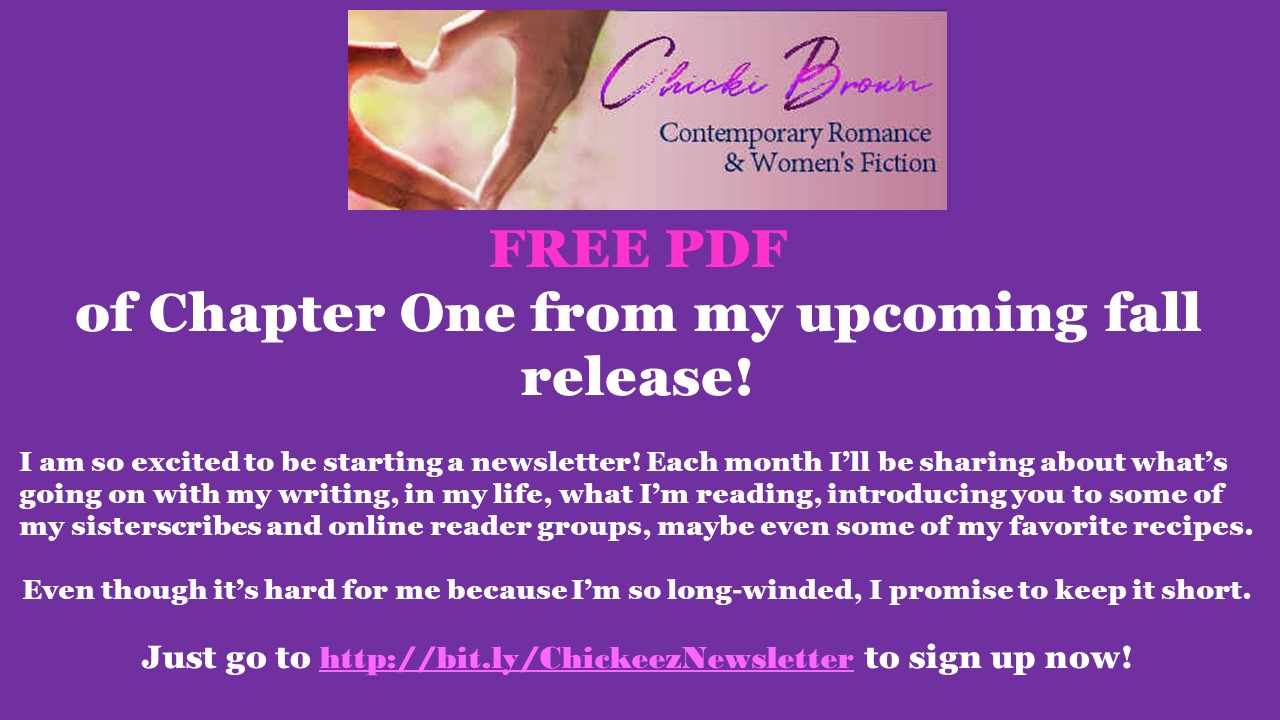 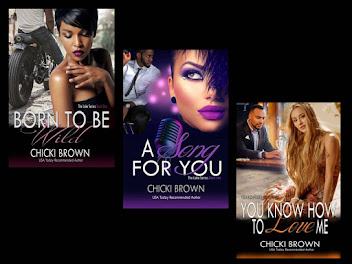 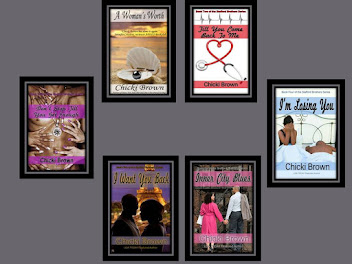 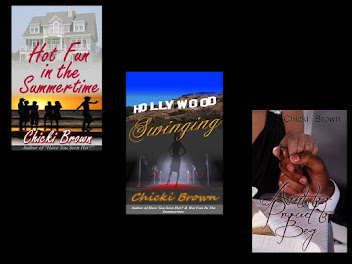